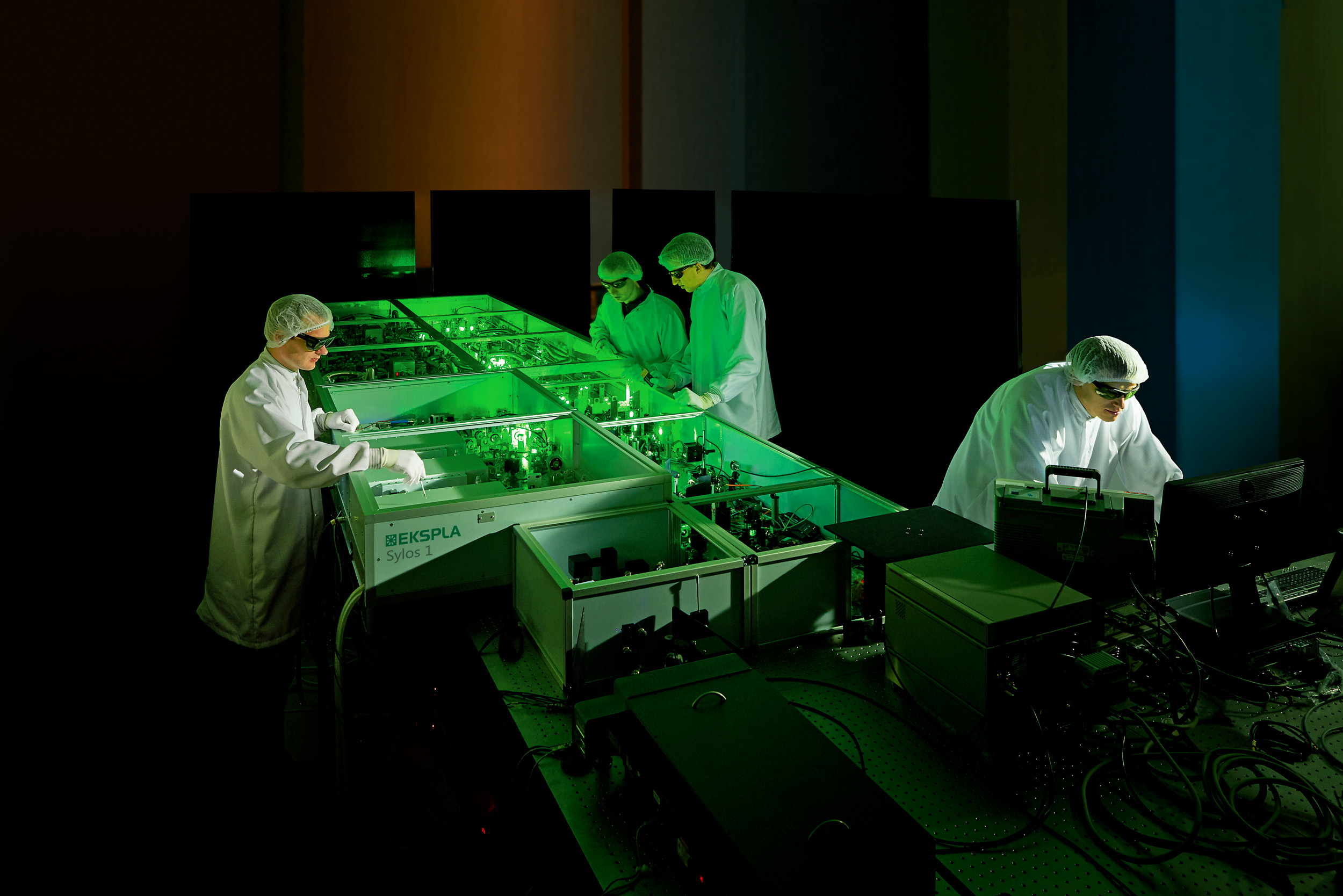 Member of Laser &Engineering Technologies cluster LITEK JSC „Ekspla“ together with another laser manufacturer  JSC „Light Conversion“ finished ELI-ALPS (Extreme Light Infrastructure – Attosecond Light Pulse Source) project and produced 4 mln. Euros worth ultra-short pulse laser SYLOS. Within a few months laser system will be transported from Lithuania to Hungary, Szeged city, where it will be installed in the laboratory.

According to Kęstutis Jasiūnas, the general director of Ekspla, this laser system is unique in several respects.  First of all, this system is one of the most powerful systems in the world, capable of generating 10 femtoseconds (10-15 seconds) and even shorter pulses. Its method of production in also outstanding – in Lithuania developed and perfected OPCPA technology was used (optical parametric amplifiers pulse modulated spectrum).

“I am pleased to note that the system of relatively complex challenges and posing parameters was constructed in accordance with the agreed schedules and specifications” – said Prof. Karoly Osva, ELI-ALPS research technology director.

ELI-ALPS is one of the three laser centers created during the ELI project. The other two centers – in Romania and Czech Republic.  In ELI-ALPS center equipped laser system will generate very short attosecond pulses (10-18 seconds). They will be used for basic studies on the movement of electrons in atoms and molecules.

Currently Ekspla together with the US “National Energetics” are carrying out another 40 million. US dollar worth project. During the project created laser system will be installed in the Czech laboratory.  According to Ekspla this project is already in the final phase and the laser is being collected in US laboratories.