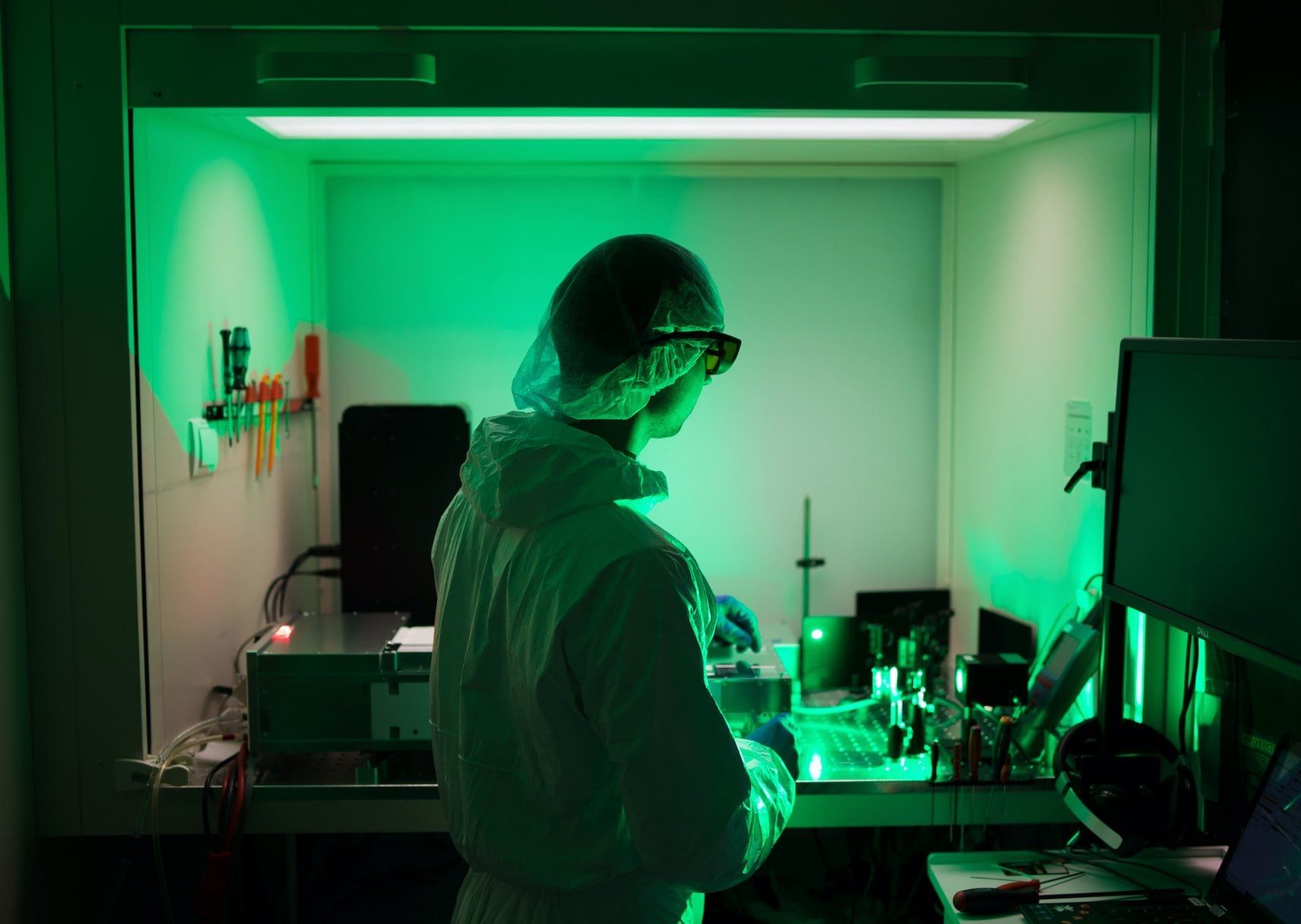 The light has helped to develop a scientific understanding of the world, and people have learned to control it and use it to their advantage. This is probably why any experiments and inventions related to light are of great public interest. Science will study it for a long time to come, so there will still be a lot of interesting knowledge and innovation related to light in the future.

Every year on 16 of May  the International Day of Light is celebrated in the world. This year’s motto is “Trust Science”, which calls on the public to trust science and scientists.

Probably the most light is explored by laser manufacturers. The laser has probably been established in medicine since its inception. Many are aware that lasers perform vision correction surgeries, but few have heard that lasers have an inexhaustible potential to save lives – from diagnosing early-stage diseases to – like science fiction – growing nanorobots or spare organs from several human cells in special grids.

Lasers play an important role in various types of microscopy and imaging. Imaging is a way to see what is going on inside an organism, organ or cell without harming the patient. “Lasers are widely used in imaging and research, and several imaging Nobel Prizes have been awarded for laser imaging methods,” -tells dr. Mikas Vengris. The laser beam is very easy to focus, it can be concentrated to a very small point. This dot, when is mirrored while walking through the imagery, is possible very accurately scan cell structures and see what is going on in them . “Lasers can be made in different wavelengths, that is, in different colors, which allows us to use certain tools – a kind of” glasses “with which we can see things of interest in the cells,”- says VU FF professor. According to him, the laser has also established itself and continues to strengthen positions in surgery, so it may replace the scalpel in the future. The laser beam can be a very precise and functional blade that cuts and burns at the same time, so the wounds do not bleed.

Today, X-ray mammography is the most commonly used diagnosis of early breast cancer. However, the radiation used in this study is harmful to the human body, and the study itself causes unpleasant sensations because it causes the breast to be compressed. In addition, frequent false-positive diagnoses require additional investigation — a painful biopsy, not to mention the extreme stress that patients experience. However, in the very near future, the use of lasers will make it possible to diagnose oncological and other diseases much more accurately and without completely harming the patient. Researchers at the University of Twent in Netherlands, together with partners (including the laser-producing company “Ekspla” in Lithuania) ,participating in the European project PAMMOTH (https://www.pammoth-2020.eu/), have developed and are currently testing a device that can detect breast cancer at a very early stage much more accurately than X-ray mammography is currently used, without causing discomfort to patients.”Two non-invasive and completely harmless testing methods have been installed in this device – photoacoustic and ultrasound imaging. Ultrasound imaging makes it possible to assess the size of tumors and their anatomical properties, and photoacoustic imaging allows the formation of small vascular structures (angiogenesis), which could not be easily detected by other methods, ”-says Aldas Juronis, the head of Industrial Laser Programs at “Ekspla”. The photoacoustic imaging method is very effective in diagnosing not only breast tumors, but also skin and colon cancer, thyroid nodules, some forms of arthritis, as well as the early stages of vascular disease.

Every femtosecond is important in the treatment of cardiovascular disease

According to the World Health Organization, cardiovascular disease is the leading cause of death in the world, costing about 17.9 million people lives each year.  Due to narrowed or blocked blood vessels, various organs cannot be supplied with blood properly. Doctors often recommend a vascular stenting procedure, in which a metal mesh is inserted into a problematic  blood vessel – a stent that dilates the blood vessel and thus ensures life-sustaining blood flow. “If the blood vessels do not dilate in time, their diameter decreases, blood does not flow and life is endangered. It is especially dangerous if the blood vessels of the heart or brain narrow, ”-says VU FF lecturer dr. Mikas Vengris. Stents designed to dilate small blood vessels must be manufactured and cut with great precision. “Light Conversion“, a company based in Dvarčionys, produces carbide femtosecond lasers , which are very precise in shaping the structure of the future stent-tube.

What organ will we grow today?

Precise flashes of femtosecond lasers are indispensable in other scientific laboratories. The Head of Technological Innovations of “Femtika” dr. Vytautas Purlys says that the company combines laser, medical, chemical and materials sciences.One of the projects currently being implemented in the company is the development of machines that can laser-treat any surface at the micro level, giving them various functionalities. “The laser beam can form a surface texture invisible to the naked eye, which gives the material properties such as antibacterial or, conversely, for osteointegration processes. This helps to create the desired surface, such as an implant. Sometimes it is necessary for the implants to grow well with the bone, and sometimes vice versa – the moving part of the joint implant is only useful if it is not overgrown with cells. Another field unimaginable without lasers is bioengineering. Femtosecond radiation can form scaffolds in which  almost all human organs cells can be grown. It can be said that scaffolds of specific shapes for cells indicate the direction in which to grow to form not any but the specific tissue required. Specially made scaffolds for cells will be useful in the near future for growing transplanted organs from patient stem cells, ”-says dr. Vytautas Purlys. According to him, organs grown from stem cells help solve one of the most sensitive problems – organ rejection. The company’s specialists are also developing laser machines that can be used to produce special nanodevices for the medical field, such as microrobots, which can travel blood vessels to various parts of the body and carry various measuring equipment or medicines with them.

Video report on nanodevices and microrobots with dr. Vytautas Purlys: