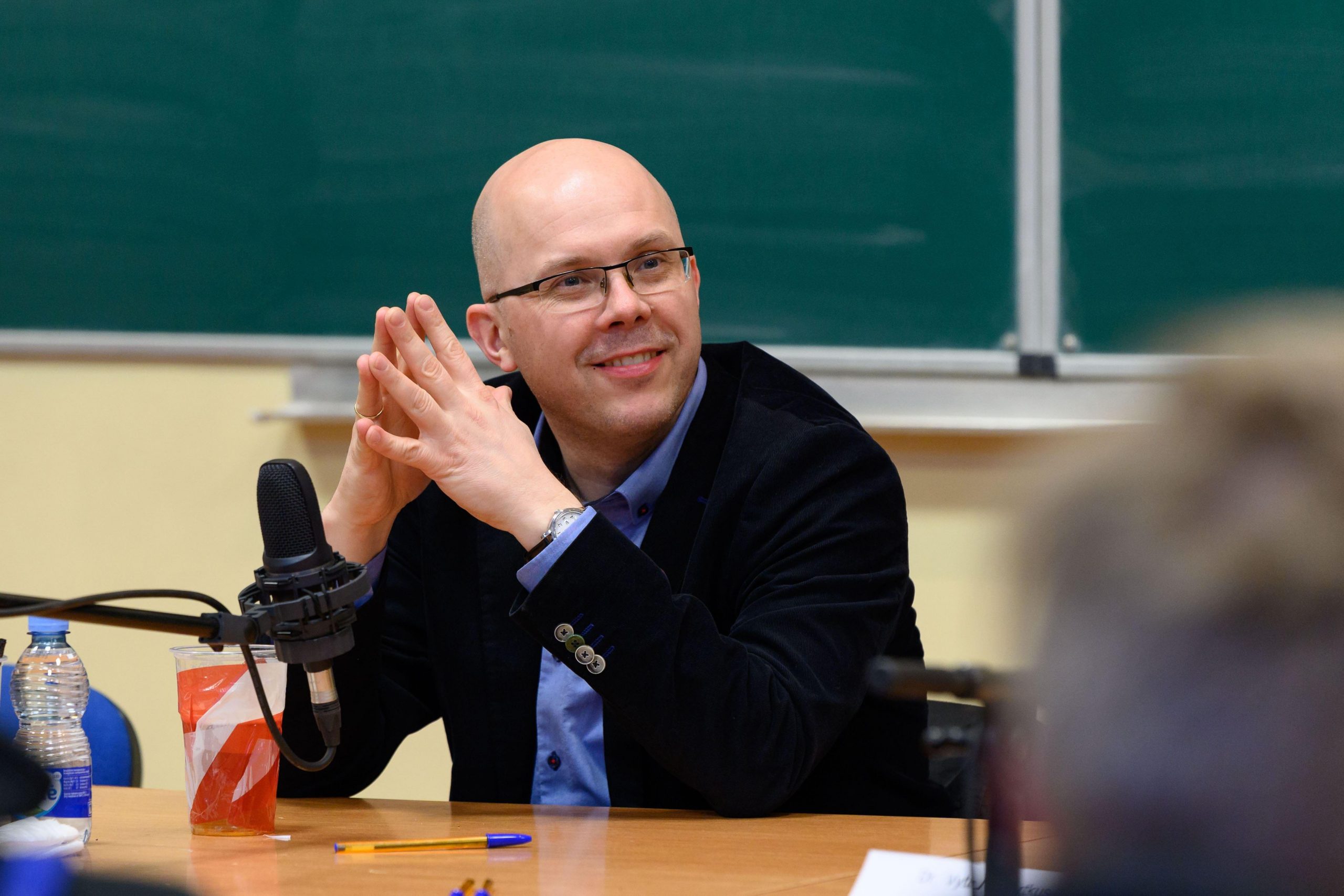 The laser revolution in medicine – from ophthalmology to brain research

The laser has become extremely popular in correcting vision when the laser illuminates the eyes of visually impaired patients. This sounds quite ironic, because walking around the laboratories of the Laser Research Center, bright stickers on all the doors only warn about the dangers of the laser.

Physicists and laser scientists have a unique sense of humor and like to joke: “Do not look at the rays with the rest of the eye” or “The laser beam can be seen twice: once with the left eye and once with the right eye”. The laureate of the Lithuanian Science Prize, VU professor dr. Mikas Vengis says that watching the laser with the naked eye is actually very dangerous. “If the laser beam hit the eye, it could permanently damage it, damaging the retina, cornea, lens, or everything at once. But it already turned out that the first direct application of lasers in medicine was an ophthalmic procedure. In 1969, doctors successfully performed the first operations, burning with argon laser radiation the retina that bounced off the bottom of the eye, ”-says VU professor dr. Mikas Vengris.

The first working laser demonstrated in 1960 by the American Theodore Maiman,  caught the attention of scientists around the world. The laser took root in medical fields probably since its inception. Vision correction, dermatology, oncology and other fields are currently simply unimaginable without lasers. Lasers are even used in dentistry – they treat caries painlessly and extremely effectively.”The laser is also established in operating rooms. After all, it is a sterile “scalpel” that cuts and burns at the same time, so the wounds do not bleed, “- says the interlocutor. What features helped make the laser an indispensable tool? According to the VU FF professor, the laser can emit light, the properties of which can be controlled very precisely. It is the wavelength of the radiation, in other words, the color of the laser light that can be combined. In a laser light beam, all photons move in the same direction and therefore can be focused by a lens to a very small point.”In addition, lasers are able to emit light in extremely short flashes, i. y. focus it not only on space but also on time. And laser light focused in space and time has a high power density, ”- explains professor Mikas Vengris.

Laser is not only directly involved in medicine. The life-saving devices  with its, as a highly accurate and stable tool, help are produced  .The World Health Organization estimates that cardiovascular disease is the leading cause of death in the world, costing about 17.9 million people lives each year. Some lives could be saved by a vascular stenting procedure. Stents are metal grids that are inserted into blocked or narrowed blood vessels. If the blood vessels do not  dilate in time, the diameter of them decreases, blood does not flow and there is a risk to life. This is a huge problem all over the Western world, and especially dangerous if it happens in the blood vessels of the heart or head.

“Stents, especially small ones that are placed in small blood vessels, are cut with Lithuanian femtosecond lasers produced by UAB “Light Conversion” based in Dvarčionys. Only they can form the stent  i. y. tube structure very precisely. The stents could be compared to women’s socks, which are also very small and narrow  like the openwork metal tube of the stent itself. When the tube is pushed to the right place, from the body heat, artificially warmed or otherwise expanded, the grid captures the required diameter of the blood vessel. Such a special structure, like an “openwork” women’s sock made of metal, can be “knitted” using high-precision femtosecond lasers, which are manufactured in Lithuania, “-says the professor of VU Faculty of Physics.

Helps unravel the secrets of the brain

Short pulse lasers are used in the field of neurobiology. With laser pulses, optogenetics study brain functions and related brain diseases. Laser illumination of certain areas of the cerebral cortex can cause, for the person under study, the desire to eat, fall asleep, or vice versa, to become highly active. “The aim of such research is to find out how the brain works, how a computer of natural intelligence is constructed, which separates, for example, cyclists from the trees growing along the road much better than modern self-driving cars,”- unlimited possibilities of lasers in science and medicine are presented by dr. Mikas Vengris.