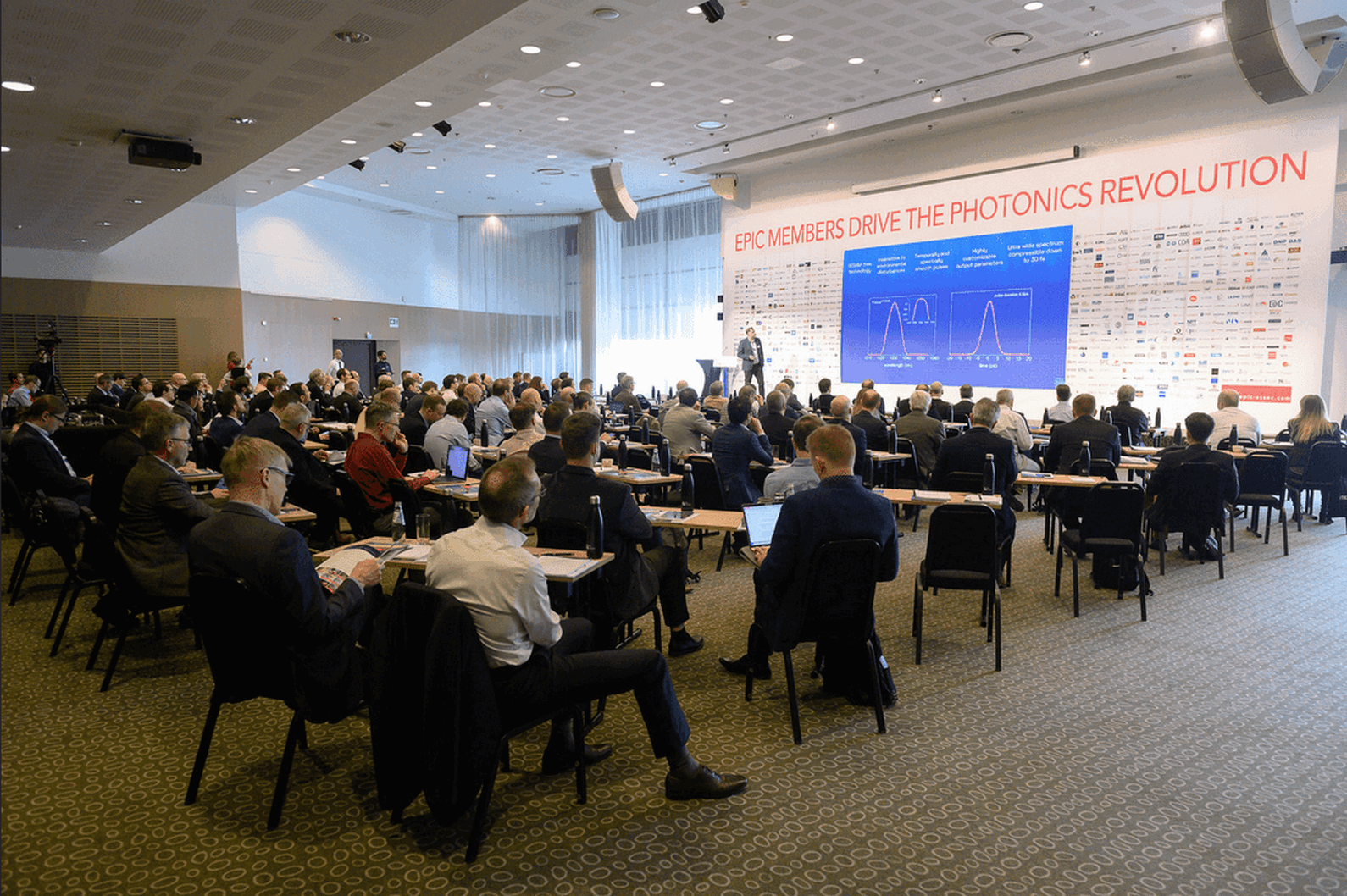 The general meeting of the largest European Photonics Industry Consortium (EPIC), which promotes the sustainable development of organizations working in the field of photonics in Europe, took place in Vilnius on April 7-8th  and attracted the strongest entrepreneurs in this field. During the visit of EPIC representatives to LITEK™, the President of Lithuanian Laser Association dr. Gediminas Račiukaitis introduced the guests to Lithuanian laser ecosystem, the achievements and success stories of photonics companies, and technologies developed by the researchers of Department  of Laser Technologies of the Center for Physical Sciences and Technology (FTMC). According to dr. G. Račiukaitis, the EPIC event in Vilnius provided an opportunity for international photonics partners to show that Lithuanian laser companies have a strong technological base for technology and business development, as well as that the Lithuanian government supports photonics as a priority industrial sector.

During the visit of EPIC representatives to LITEK™, the cluster companies JSC „EKSPLA“, JSC „EKSMA Optics“, JSC „3photon“ , JSC „LITILIT“ and JSC „QS Lasers“ had the opportunity to present and demonstrate the product innovations created by them. The compact state-of-the-art femtosecond laser developed by LITILIT is suitable for various high-speed jobs in the industry. Its properties, which ensure a high stability of optical parameters such as pulse duration, beam deflection and power, are unique in this type of product market. Another product, NEOLIT, an ultrashort pulse generator, has given the company an opportunity to be recognized internationally. LITILIT has become one of the nominees for the award in the category of industrial lasers in the competition “Prism Awards 2022” (USA) announced by the International Society for Optics and Photonics (SPIE).

LITEK™ member JSC „QS Lasers“ presented to the guests of the meeting a group of compact picosecond lasers demonstrating particularly successful sales, as well as new world-class products developed by the company.

A new exclusive product developed by JSC „3photon“ – a oven for crystals – helps to extend the service life of moisture-sensitive crystals. The crystal oven is an insulated box designed to regulate the temperature of the crystals for stable protection against moisture, as some optical crystals (e.g., alexandrite) perform much better at high and stable temperatures.

JSC  „EKSPLA“ presented to the guests the femtosecond industrial laser FemtoLux 30 , which not only has excellent parameters, but is also completely maintenance-free. The participants of the event were interested in the innovative “dry cooling” technology used in this laser, noticed in the military industry, which uses gas instead of liquid or air cooling. This is the first this tipe of laser on the market. High energy laser systems have also attracted a great deal of interest. During the live broadcast from the laser assembly laboratory, the researchers told about the most special laser systems produced by JSC „EKSPLA“ and where they are most often used.

JSC „EKSMA Optics“ was pleased to receive the EPIC delegation in the new modern building where the company was located at the end of 2021. Representatives of EPIC were introduced to EKSMA Optics’ ability to ensure all production processes from the sheet of glass to optical system assembly. The guests were able to see this during the tour, when different production units of EKSMA Optics were shown – precise polishing of optical lenses, production of flat optics, evaporation of optical coatings, assembly and testing of optical units. The participants of the event were very impressed by the rapid development of the company’s infrastructure, production capacity and the prospect of future growth.