LITEK™ > Posts  > A world record for laser cutting has been achieved 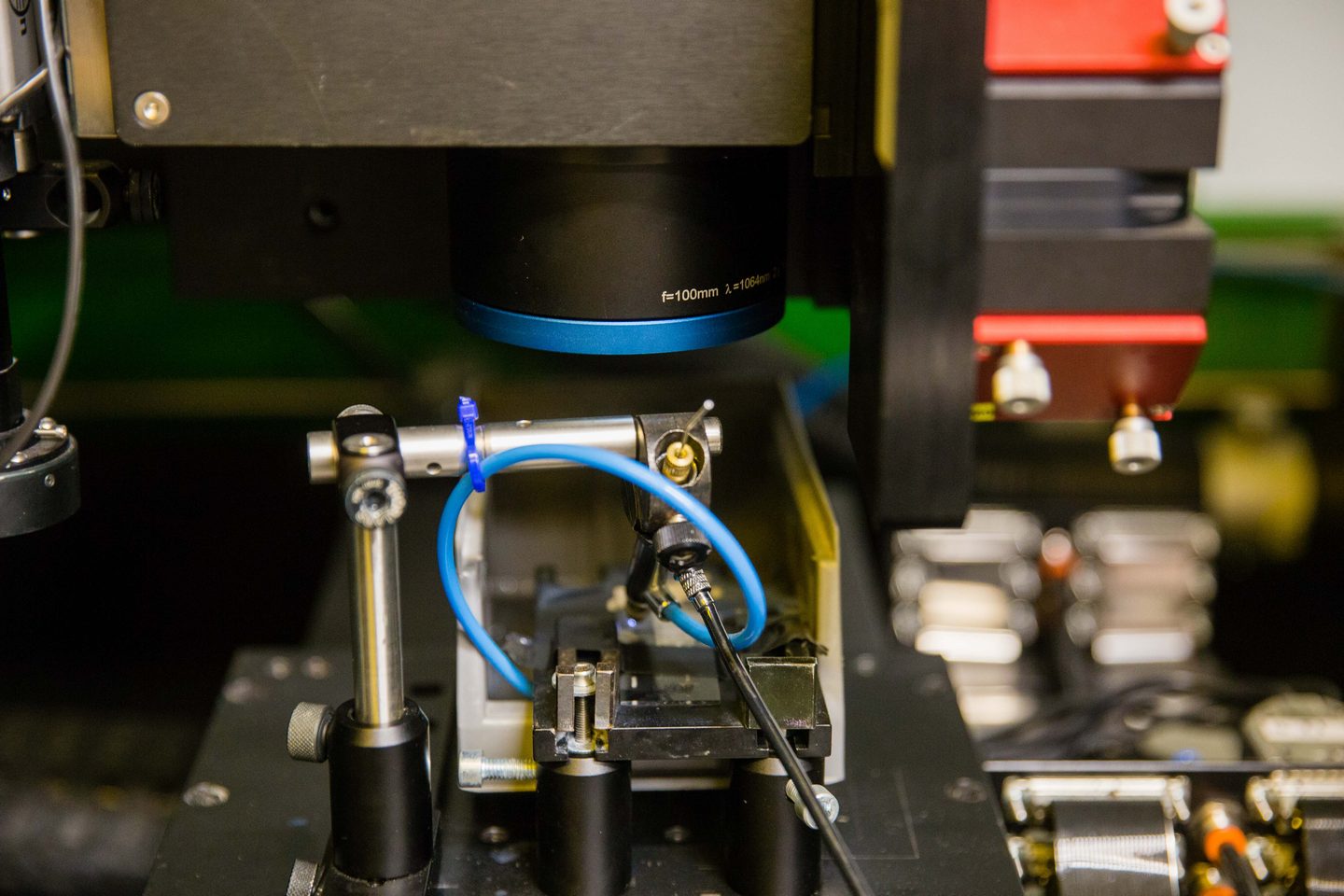 A world record for laser cutting has been achieved

The world record for laser cutting of sapphire has been achieved. Center for Physical Sciences and Technology (FTMC), member of LITEK, has doubled the results, achieved in 2017. The Head of Department of Laser Technologies (LTS) dr. G. Račiukaitis and chief researcher dr. M. Gedvilas once again proved that Lithuanian scientists are one of the strongest in the field of laser technology development.

The ultra-fast laser sapphire cutting technology developed in FTMC LTS laboratory allows to achieve cutting speed up to 300 mm/s. It’s even doubled result of FTMC scientists  that was demonstrated in 2017 (150 mm/s). A group of French scientists published the result of reaching a record cutting speed of 50 mm/s technology in 2016. This year the record was achieved using a new generation JSC EKSPLA laser that generates laser burst radiation. Researcher‘s dr. G. Račiukaitis and dr. Gedvilas study “Spatial zigzag evolution of cracks in moving sapphire initiated by bursts of picosecond laser pulses for ultrafast wafer dicing” , during which record results were achieved, is published in open access journal of the „Royal Society of Chemistry“, „RSC Advances“.

Sapphire is one of the hardest materials that is impossible to break. Due to its excellent physical and chemical properties (thermally conductive, resistant to high temperatures, chemically non-reactive), it is increasingly used in industry in LED technologies. Also, in the production of luxury goods. Sapphire crystals are used as un-scratchable screen of Vertu’s luxury smartphones, the protection of Apple’s mobile phone cameras and the protective glass of scratch-resistant Swiss watches. Fast and precise processing of this material is the goal for scientists in laser research laboratories around the world. A lot of effort is being put to faster techonologies commercialization to reach the end user.

According to FTMC scientists, the development of high laser technologies and their application to materials processing opens new opportunities for the Lithuanian laser and machine tool industry in the global market. Laser engraving of sapphire trays is one of the areas where the proper use of laser technology can be a highly effective method to implement a laser micromachining process.