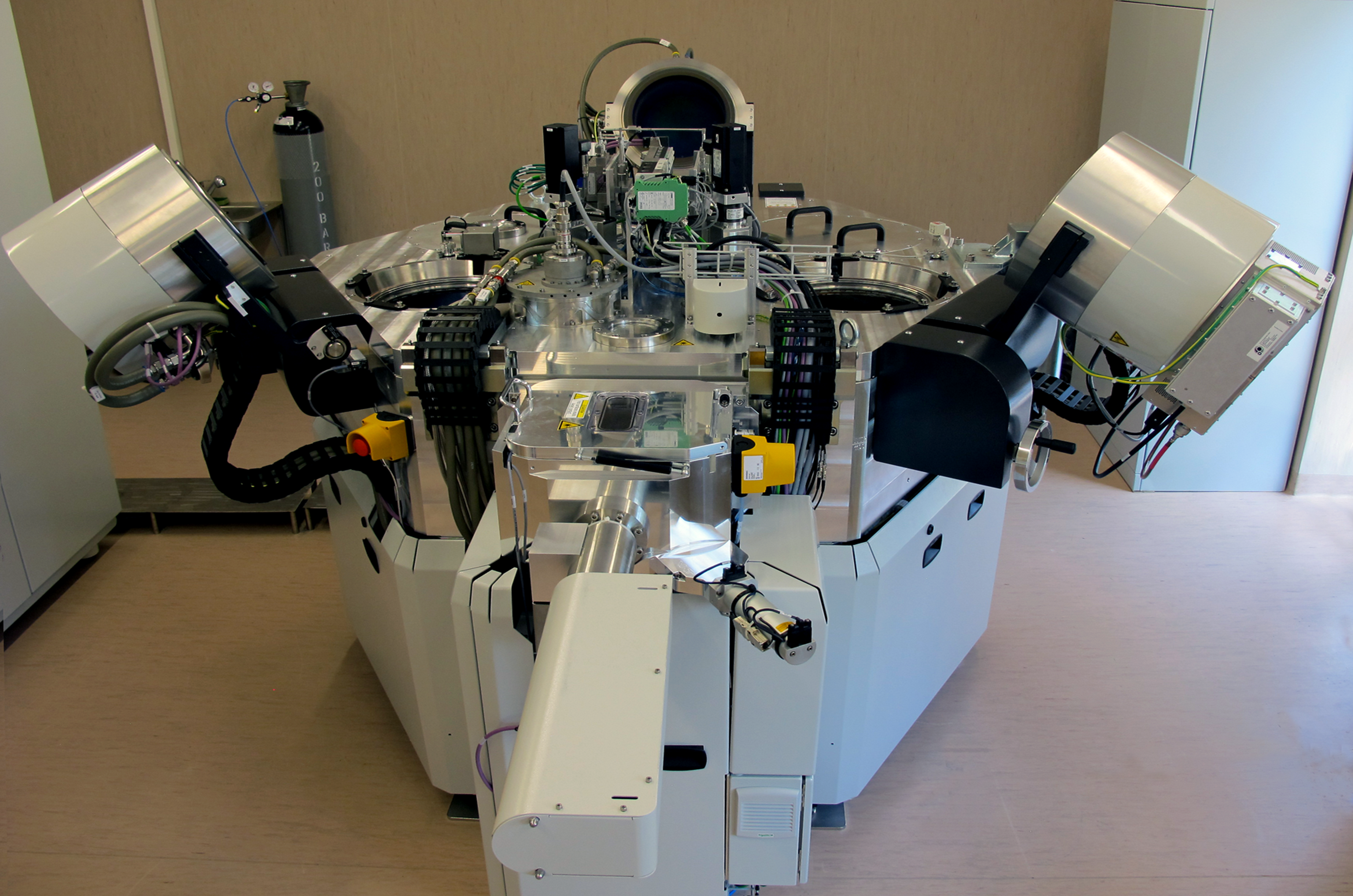 Magnetron sputtering (MS) is one of the main technologies used in forming thin layers but this technology have just started being used in forming dielectric layers for optical coatings and their applications. It became a great object of interest of many scientists and researchers. Thin layers of metal oxides (optical coatings) are formed by sputtering metals (Nb, Ta, Si, Hf, Zr) in the atmosphere of reactive gas, for example argon and oxygen.  Later prepared optical elements are used in laser optics, optoelectronics and other optical devices.

DEMOS project has started in June, 2016 and now is half way through. The aim of the project – to develop advanced, high-speed optical multilayer coating formation technology letting to ensure development of less expensive coatings formed of  zirconium oxide (ZrO2) and hafnium oxide (HfO2).  All the parameters of the high quality coatings should be maintained: reflection and resistance to laser radiation. According to “Optida” engineer technologist and responsible project operator K. Juškevičius  results of the project at this moment are encouraging  and promising great final achievements. EVATEC AG has already developed a new magnetron for magnetron sputtering technology, which is optimized for zirconium and hafnium metals. At this moment in Lithuania Optical Coatings Laboratory of the Center for Physical Sciences and Technologies (FTMC)  cooperating together with “Optida” did a part of the ordered research: zirconium and hafnium magnetron sputtering technology was developed and demonstrated using laboratory conditions. The next step in the project – install this technology and magnetron created by the EVATEC AG in the machine for industrial processes.

“Optida” hafnium and zirconium formed using different technologies for many years but now when they have new reactor they are trying to do that using magnetron sputtering technology. The application of this technology for hafnium and zirconium will offer optical elements for lower cost and much larger quantities. “Optida” will become more competitive in Europe and all around the world.