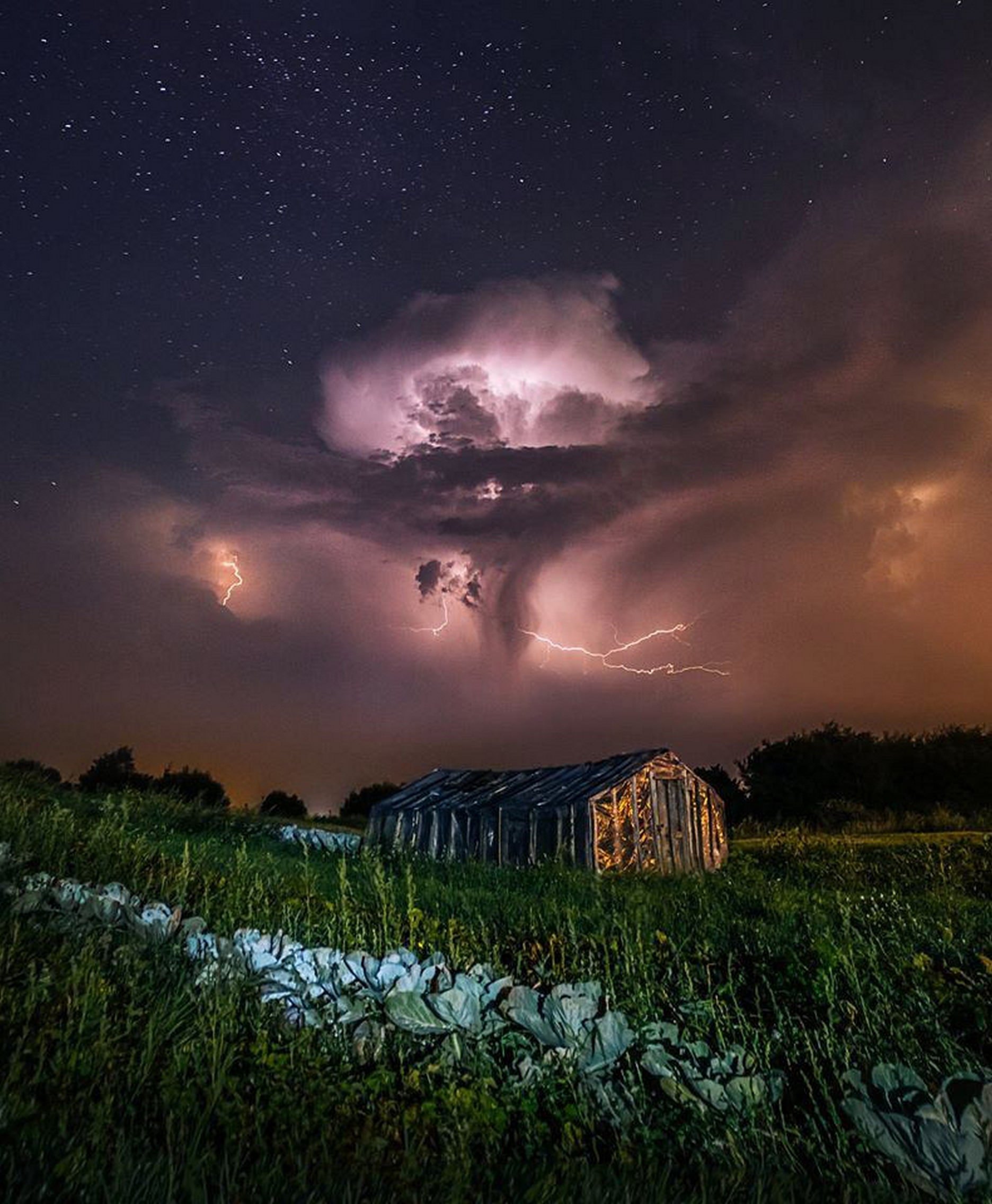 Members of the Lithuanian Laser Association have announced the winners of the photo competition “Light Phenomena”. The authors of the three best shots received 200 Eur each.

In early May, the Lithuanian Laser Association, which unites companies developing laser systems, invited them to participate in a photo competition. During the ten days of the competition, 60 photos were received, capturing various light-related phenomena: halo phenomenon, rainbows, reflections, lights, laser flashes, images of the night sky and so on. Participants not only sent photos, but also willingly shared stories about the moments captured in the photos.

The contestants were judged by members of the commission related to physics, photography and, of course, light. The first member of the commission is VU professor dr. Mikas Vengris, 2019 Laureate of the Lithuanian Science Prize, who has dedicated 15 years of work to light research. The second is a physicist, co-author of the photo album “Amazing Country” and aviation expert Vidas Kaupelis.

The competition committee selected the three best works that best corresponded to the announced theme of the competition “Light Phenomena”.

One of the winners is Mantas Golubevas and his photo The universe has no plan. 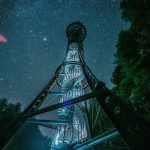 The universe has no plan, M. Golubev

“You need darkness to believe in light.” (Enigma). Mantas Golubev’s photo enchants with these contrasts: an observation tower in the middle of a forest – like a stairway to the sky that invites thoughts to visit unknown worlds, planets revolving around hundreds of billions of stars in hundreds of billions of galaxies. The lighting of the tower makes it very urban. We no longer seem to be in the infinity of small dust. „We have a tower – a rocket that shines and waits for adventurous scientists to embark on a journey, ”-said VU Professor dr. Mikas Vengris.

This shot did not leave indifferent photographer and aviator Vidas Kaupelis. According to him, this is a really good shot – technically complex, but his composition has taken place, and the comet falls in the frame exactly where it is needed.

Another author who received a cash prize is Andrey Ganevich.

In the rhythm of the city, A.Ganevich

“The game is going on in this frame: old-stable and new-temporary. Although technically uncomplicated work, the right colors and tasteful lighting set this picture apart and create the illusion that the church is like gold, ”-Vidas Kaupelis describes the photo.

Vilnius is always cute – night, day, morning, evening. A city that never get bored. In the photo of this author, the winner of the Lithuanian Science Prize, Mikas Vengris sees both Vilnius and himself.

“Vilnius is like that orthodox church that has been standing here for many centuries, and I am like that trolleybus that passed through to Žirmūnai in a flash. And only that one night Vilnius and I are one – two passengers tied with strands of light, ”- is how he describes the feeling that this photo evoked.

According to Vido Kaupelis, this is a very good shot: just a coincidence, success and ability to handle the camera made a somewhat mystical, magical and unexpected photo from a completelyboring, unattractive and domestic place.

“In the photo of Idilija Sotnikovaitė – a lightning-stricken broken greenhouse next to a cabbage bed. The shot is very surreal “, – Mikas Vengris agreed with opinion of Vidas. The stormy and lightning-fast summer night looks as if angry witches have acquired unseen powers and are trying to destroy the world. It seems that light and darkness through each other invite the observer of the photo to a 90s rave party. “The title of the photo is ideal – it could be a short story, a restaurant or a music album” – concludes dr.M.Vengris.

The month of May was chosen for the competition not by chance – May 16th the International Day of Light is celebrated. Exactly 60 years ago, 1960 On May 16, engineer-physicist Theodore Maiman and colleagues at Hughes Research Laboratory, South Carolina, USA, launched the first red flash of a laser. More than five decades after the event, May 2017 was officially declared International Day of Light at the 2017 UNESCO General Conference. This UNESCO initiative is mentioned around the world in various events initiated by scientists, educational institutions and artists, which are dedicated to light and photonics.

In six decades, laser has become synonymous with innovation and future technologies. Lasers are now widely used, from aircraft and automotive components to the production of mobile phones and medical devices. In the microelectronics industry, laser beams can weld, cut, grind. Using lasers, holography was invented, unique atomic cooling methods and high-speed optoelectronic devices were developed. Light and lasers are particularly widely used in medicine. Laser technologies developed in Lithuania are able to print nanorobots that can move in human veins and deliver the drug exactly to the damaged area. In nanodevices made using laser flashes, human cells are grown in a controlled manner, forming an artificial tissue for transplantation, for other tissue engineering purposes.

Lasers made in Lithuania can be found in 90 of the world’s TOP 100 universities. They are also used by NASA, CERN and other prominent laboratories and science centers. Vilnius is often called the laser capital of the world due to the extremely high concentration of laser companies and the potential of our country’s researchers to research and develop laser systems.