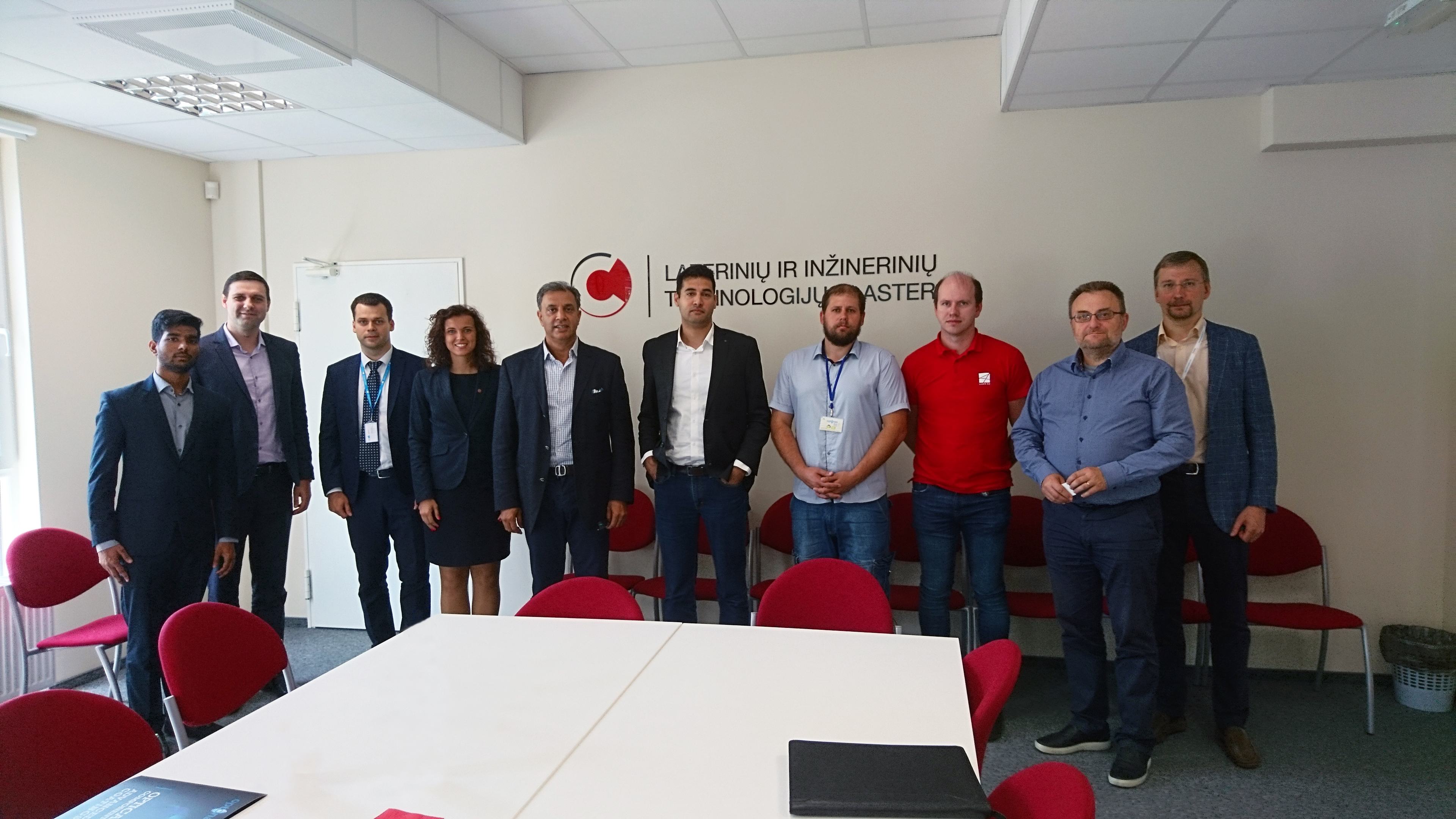 Tonbo Imaging, which develops products for the Indian military, plans to set up a research laboratory in Lithuania for the development of prototype of autonomous transport system. The estimated value of the project is almost EUR 12 million, and the company plans to implement it in 3 years.

The company hopes that the developed technology will increase the reliability of autonomous vehicles and reduce their price.

A year ago, the representatives of Tonbo Imaging visited Lithuania and mentioned their willingness to cooperate with Lithuanian companies in developing vision systems adapted for the automotive industry.

The delegation led by Arvind Lakshmikumar, founder and general manager of Tonbo Imaging, established ties with  Laser and Engineering Technologies Cluster (LITEK™). Julius Paužolis, the coordinator of the cluster, says that if the Indian company manages to implement what they spoke about during their visit, it will be pretty impressive.

Mr. Lakshmikumar mentioned plans to employ about 65 researchers at the R&D centre. “This number of employees given the size of research units in Lithuanian companies looks impressive” Paužolis said.

The group of companies from Bangalore in India designs, builds and adapts advanced imaging and sensor systems that help cars navigate in complex environments.

In 2012, venture capital company Walden Riverwood Ventures (WRV Capital) based in California invested EUR 15.2 million in Tonbo Imaging. Qualcomm Ventures and Edelweiss Private Equity also took part in this round of investment. A total of  51 million euro was invested in the company. Last year, the turnover of the Indian start-up reached more than EUR 12.7 million, and it attracted a little over EUR 19 million in investment.

Tonbo Imaging will primarily establish a research and development (R&D) base and will purchase the required equipment in Lithuania. During the project, a new world-class product will be developed and offered to the market – an autonomous steering system (platform), which will include sensors and environment recognition and communication systems.

‘The product will ensure traffic safety, particularly in bad weather conditions or poor visibility. Technological solutions will lead to a reduction in the production costs of individual components of the system and offer an acceptable price to many end users of the system,’ the application of the Indian company to the Lithuanian Business Support Agency states.

The company has applied for a EUR 5.2 million EU investment for the project ‘Research and experimental development for developing an innovative autonomous transport system’ under the Smart FDI measure. The company plans to invest EUR 6.55 million in the project.

Vytautas Jokužis, the founder of technology company group Elinta, hope that the Indian project will bring more than just a prototype. However, he believes, even in this case the investment will be useful, because Lithuanian specialists will acquire additional competencies.

‘The fact that a high-tech foreign company is investing in Lithuania, is a big advantage in and of itself. As the project is related to unmanned vehicles, our engineers and students may find it very interesting. The future belongs to high technology. Even if after the completion of the project, the foreign investor leaves Lithuania, our specialists will have received more qualifications, so more powerful engineering personnel will have been trained,’ the manager of UAB Elinta said.